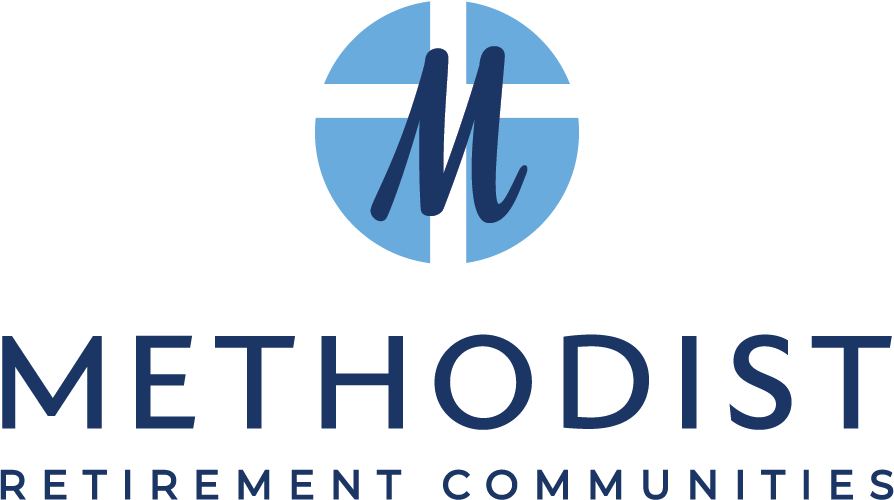 A VISION BORN OF EXPERIENCE.

MRC is blessed with exceptional leadership throughout our family of communities and services. A collection of experience and passion for serving senior adults make up our Executive Team in our home office. 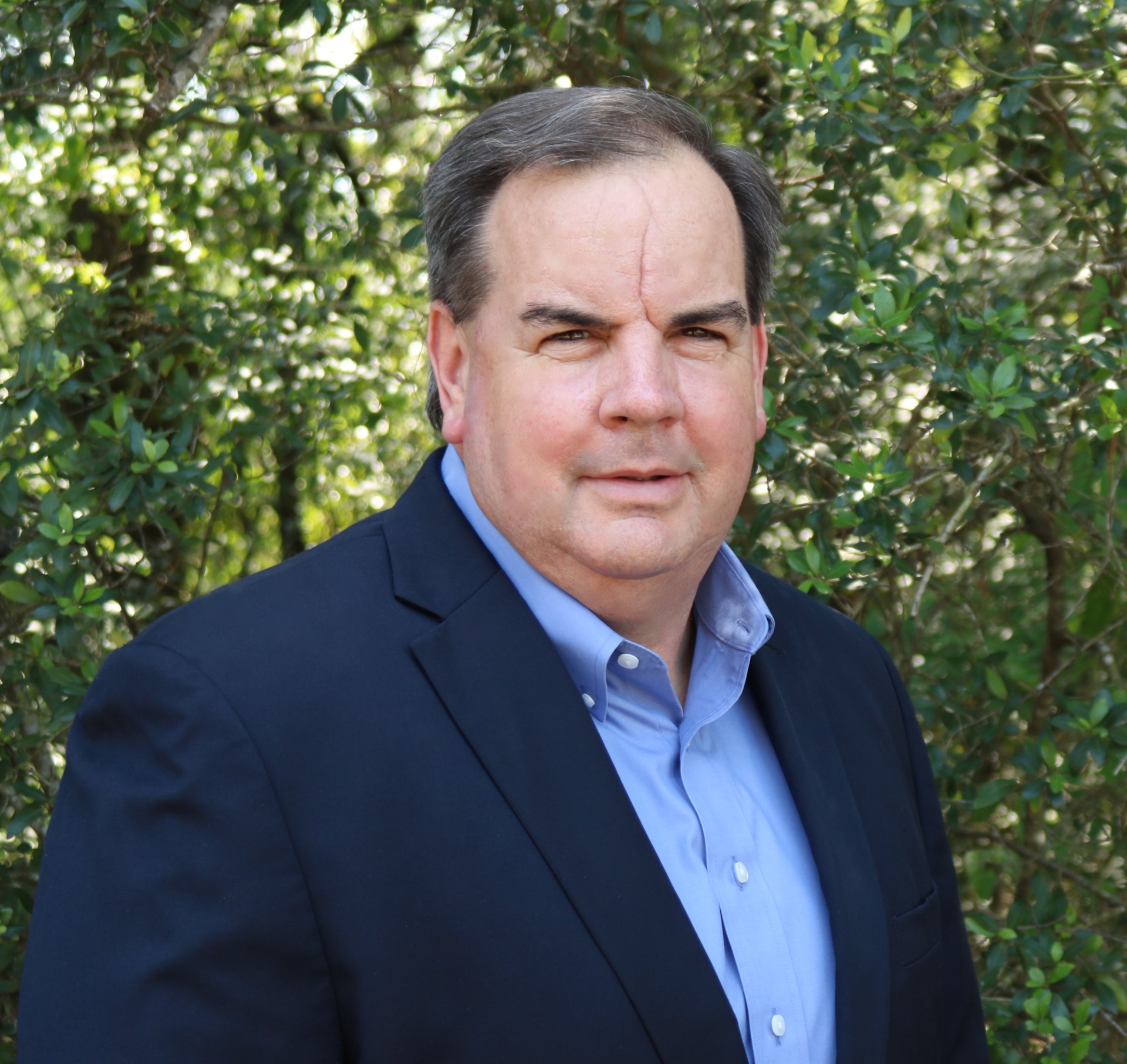 Alan Brown joined MRC as the President and Chief Executive Officer (CEO) in April of 2020 and has over 30 years of experience in the not-for-profit senior living industry. He was formerly the Chief Operations Officer for Methodist Senior Services, a senior living system in Tupelo Mississippi.  Alan has been called an innovative leader who, throughout his career, has lifted many ideas from a concept into a thriving reality. His experiences in Mississippi include being a part of opening the first Green House Home. Alan is engaged in advocacy for older adults and serves on the boards of LeadingAge Texas and the United Methodist Association.

Driven by a strong Christian faith, Alan is a leader who seeks to meet the needs of both residents and staff in a way that considers the whole person- body, mind and spirit. Alan is a proud graduate of Baylor University and has deep family roots in Texas.  He has been married to his wife Lisa for over 29 years and they have 3 adult children, Caroline, Adam and Jake. 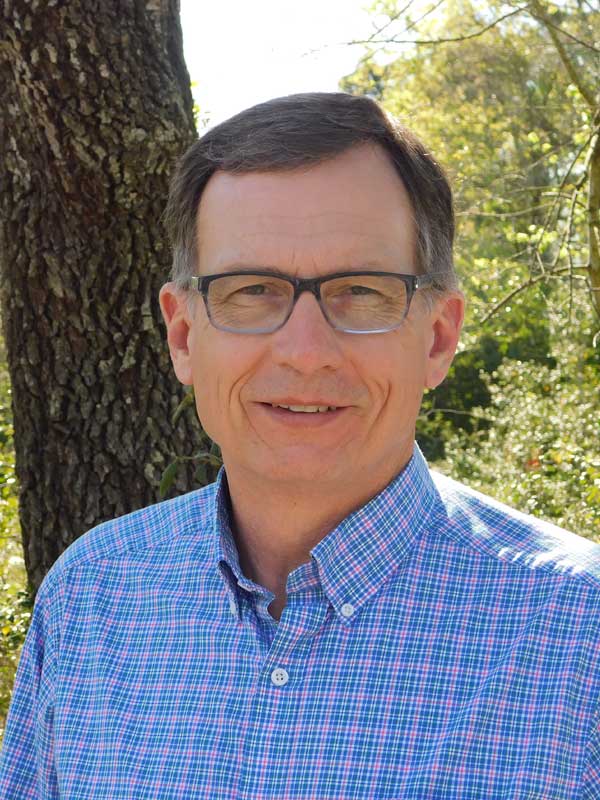 Don joined the MRC team in January 2015, having worked in the senior living field since 1990. Prior to joining MRC, he served as CFO for retirement communities in Louisville, KY and Midland TX and spent a couple of years working as a financial software consultant for a provider of software to senior living organizations. He received a B.A. in Psychology from Baylor University and then completed his education in Finance and Accounting at the University of Louisville in Louisville, KY. 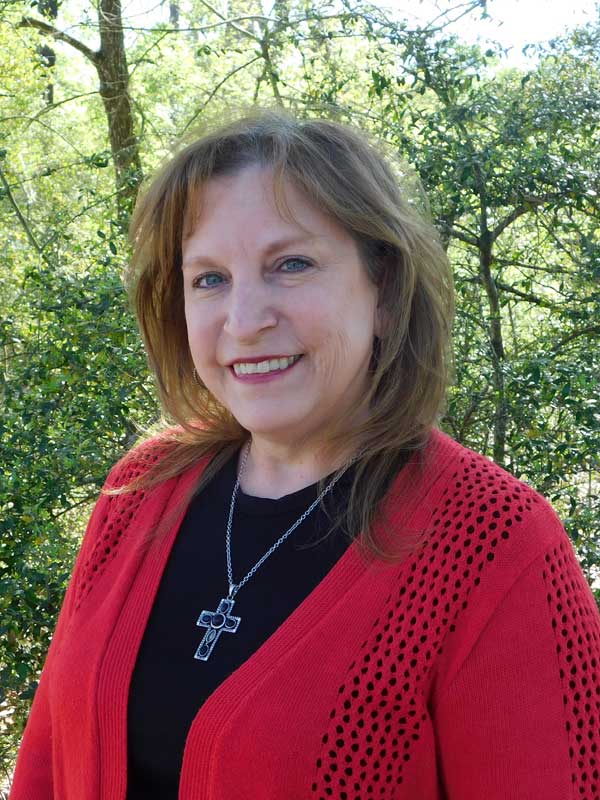 In her current role, Frances allows the ICARE values of Integrity, Compassion, Accountability, Respect and Excellence to guide her in serving MRC employees, as they in turn serve our most worthy seniors. 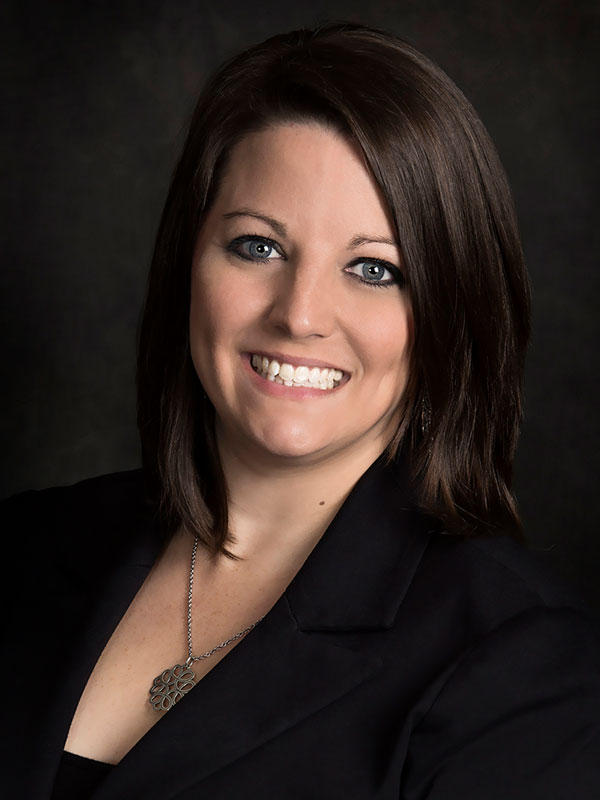 VICE PRESIDENT OF SALES AND MARKETING

Jill Janes joined the MRC team in 2018 after previously serving as regional director of marketing and sales at Presbyterian Manors of Mid-America (PMMA) where she concentrated on marketing strategies, operational processes and system-wide growth. She has a passion for coaching sales teams to engage with customers with a personalized approach that is less about sales and more about guiding seniors towards solutions.  With a passion for not-for-profit senior living, Jill adds innovative and creative strategies that work to enhance the mission of the organization through measured census growth and brand recognition.  Jill brings a positive and magnetic personality to MRC. Jill and her husband, Jeremy, have six children: Max, Beaux, Jaxon, Landon, Ella Grace and Kelley. Jill and her family love spending time together outdoors. 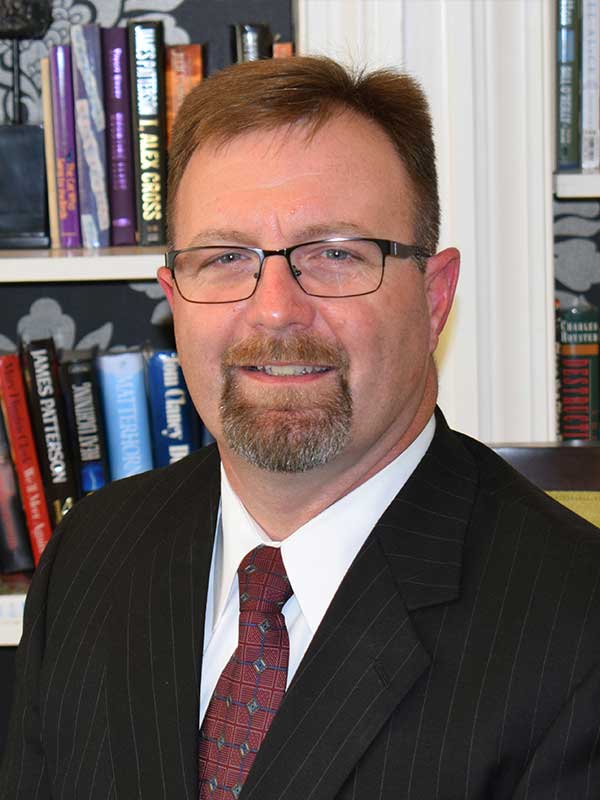 Matthew is a native Texan from Franklin, who graduated from the United States Military Academy in 1992 with a Bachelor of Science in business administration. Matthew served our country faithfully as a field artillery officer in the U.S. Army.

Matthew found his calling for serving seniors in 2000 as a part-time employee at MRC Crestview and was later named Executive Director in 2007. After a long and successful career serving in this capacity, Matthew accepted the role of Regional Vice President in 2018. He oversees operations at MRC Affordable Housing, MRC Crestview, MRC Mirador and MRC The Langford. Matthew’s motto is: “It’s all about customer service.” 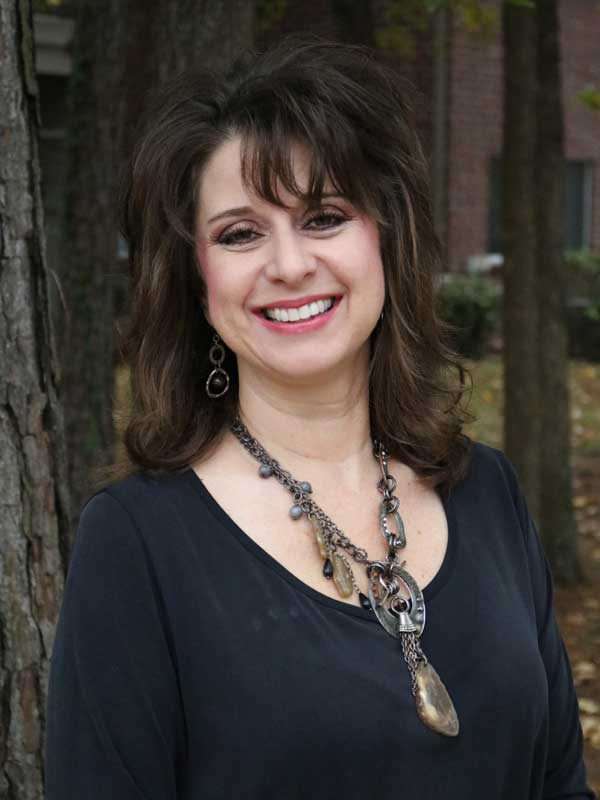 Amy began her journey at MRC PineCrest in Lufkin in 1995.  She has touched many lives as she has held a multitude of titles and responsibilities during her career with Methodist Retirement Communities.

In her current role as Regional Vice President, Amy continues to lead by example as she oversees MRC Cornerstone, MRC Creekside, MRC PineCrest, and MRC The Crossings. She is a champion for customer service and excellence in resident health services. 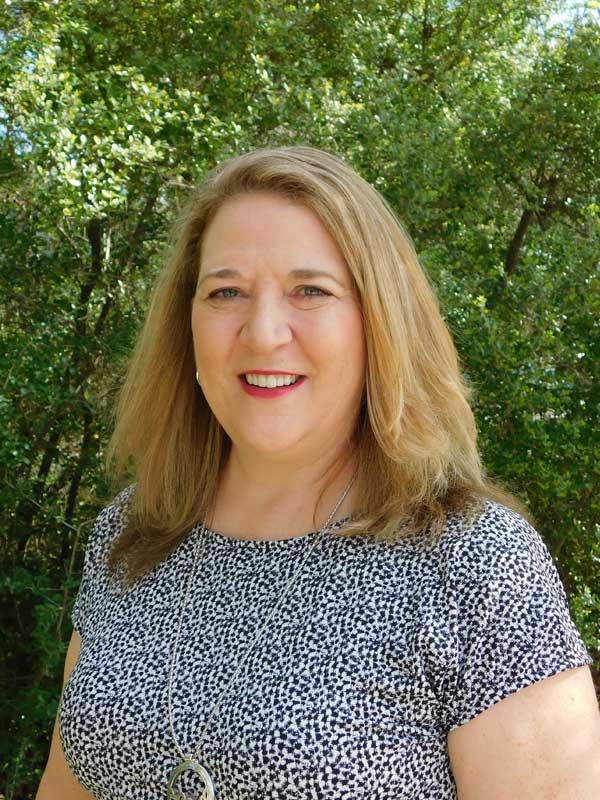 Yvonne is a native Texan with more than 20 years’ experience in long-term care, beginning as a charge nurse. She has held various positions throughout her career, including unit manager, MDS coordinator and director of nursing at one care center, where she worked for 10 years. She held the position of director of nursing at the center for eight years. Yvonne’s experience also includes the role of regional director of clinical services for another company where she oversaw the quality of care for eight centers across the state. During her tenure, the entire region showed significant improvement in the 5-Star rating system and in the company’s internal score card system.

Yvonne establishes a strong emphasis on delivering high quality care, and she expects nothing short of excellence in the clinical department. In 2011, she joined MRC as the director of nursing at its Cornerstone community in Texarkana. In 2015, she was promoted to MRC director of clinical services. In 2018, Yvonne was promoted to VP of Clinical Services at MRC. Yvonne holds a Master’s degree in Nursing from UT Arlington. She currently chairs the Peer Group for Leading Age and has mentored nursing students in precept programs from several nursing schools in ADN and BSN disciplines. 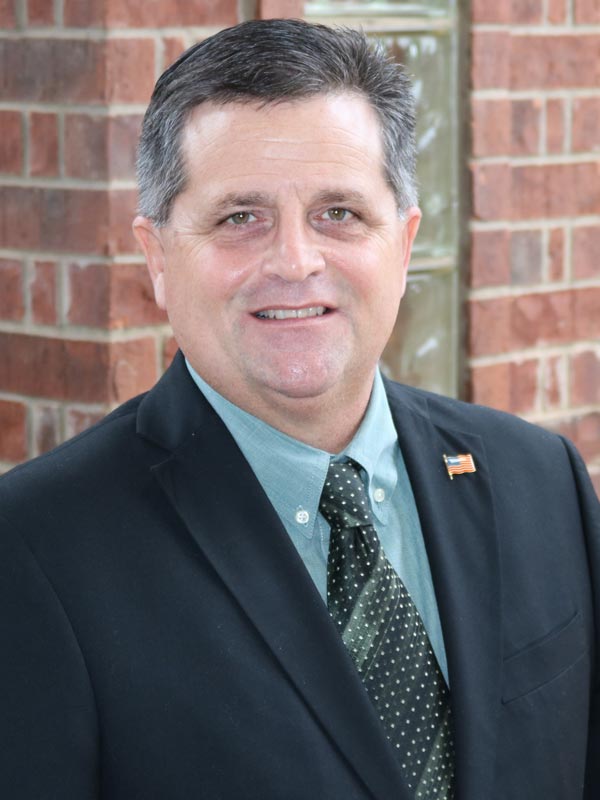 VICE PRESIDENT OF PHILANTHROPY AND ENGAGEMENT

Todd Partin joined the MRC team in November 2004 as the Residential Living Manager at MRC PineCrest in Lufkin. In January 2010, Todd was promoted to the position of Assistant Administrator where his primary focus was to serve those living and working in Assisted Living and Memory Care at PineCrest. In 2012, Todd and his family relocated to Texarkana where Todd was promoted to the role of Executive Director at MRC Cornerstone in January of 2013. Todd’s role with MRC transitioned again in April 2018 when he assumed the newly created position of Director of Engagement in which he works with leaders in all MRC communities to better engage both employees and residents in the life of their respective communities.

Todd holds a Master of Marriage and Family (M.MFT.) degree from Abilene Christian University, is a Licensed Nursing Facility Administrator (LNFA) and a Certified Aging Services Professional (CASP).  Todd’s philosophy in life is simple: “Treat others the way you want to be treated.”

Todd and his wife, Darla, have been married since October 1997 and together have two great kids – a son, Zachary, and a daughter, Hailee. 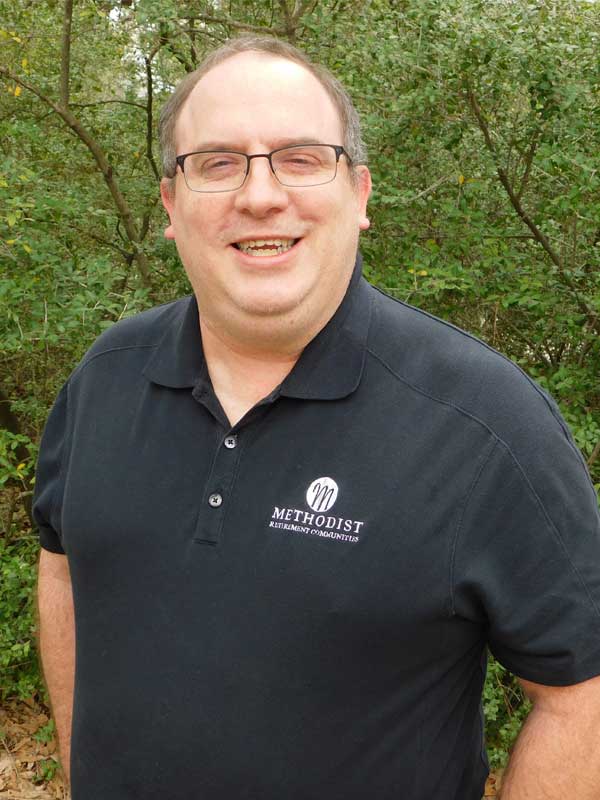 Steve joined MRC in 2017 and has brought tremendous expertise to MRC by leading our teams towards innovative technologies to enhance the resident experience as well as keeping our teams up-to-date with systems that allow them to work efficiently and effectively.

Steve holds an associate’s degree in computer information systems from Ivy Tech Community College, a BS in computer systems networking and telecommunications from Capella University, and a graduate certificate in cybersecurity from Central Michigan University. 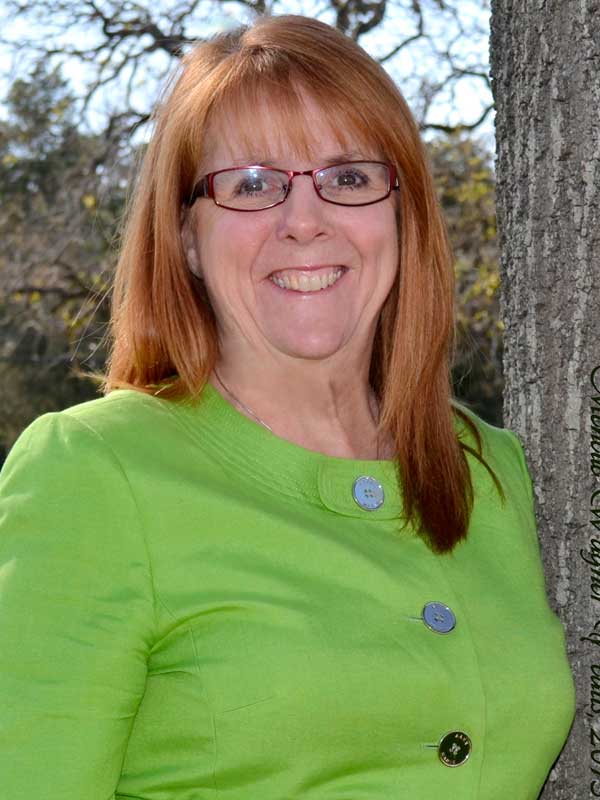 She currently serves on the Senior Living committee through LeadingAge Texas and is board president of the Affordable Housing Management Association of East Texas. She continues to strive for quality affordable housing for senior adults that they can be proud to call home. 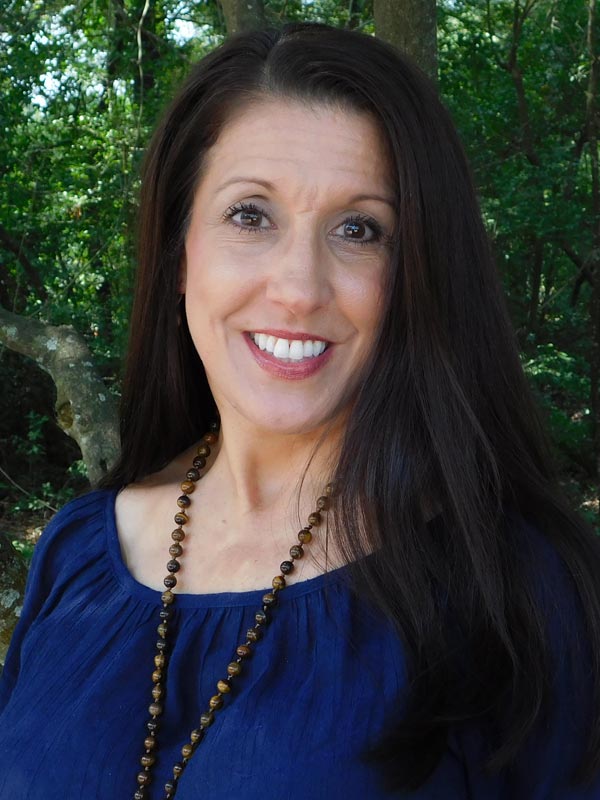 Michelle Miles has over 20 years of experience in accounting. She joined Methodist Retirement Communities in 2012 as the corporate and foundation accountant. In 2014, she was promoted to assistant controller and in 2018 she was promoted to her current role as controller for MRC. Michelle received a Bachelor of Business in Accounting from Sam Houston State University in Huntsville, Texas.

MRC BOARD OF DIRECTORS

Get in touch with us

Thank you! Your submission has been received!
Oops! Something went wrong while submitting the form.

How can we help you?

Our Mission: We honor and serve older adults as an expression of Christ’s love.
‍
A long-term care ombudsman helps residents of a nursing facility and residents of an assisted living facility resolve complaints. Help provided by an ombudsman is confidential and free of charge. To speak with an ombudsman, a person may call the toll-free number 1-800-252-2412.
Notice of NondiscriminationEspañolTiếng Việt繁體中文FrançaisአማርኛDeutsch한국어Igbo asusuèdè YorùbáاُردُوالعربيةрусскийहिंदीSrpsko-hrvatskiTagalogខ្មែរ

Get in touch with us

Thank you! Your submission has been received!
Oops! Something went wrong while submitting the form.
TEXT SIZE
+
-